No Respect For Merle 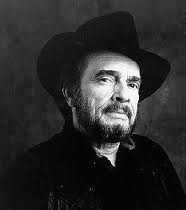 Kennedy Center Awards are tonight.  Most of the articles and promotion for the show reads something like, "McCartney, Winfrey and others" honored tonight.  One of those "others" is Country Music Hall of Famer Merle Haggard.  While I can't argue that Sir Paul and Oprah are more famous than "Hag", to me he means than both of them put together.  From the 60's through the 80's, no one loomed larger over the Country music landscape than Merle Haggard.  While physically small, he was larger than life.  He could do it all; sing, write, and perform while being strong enough to buck the Nashville star system by succeeding his own way.  In 2010 Merle Haggard continues to do it his own way.  Long live Merle.  My hero.
Posted by Joel Raab at 1:36 PM No comments: 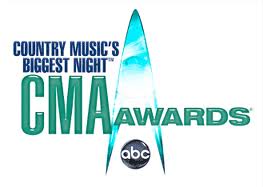 No disrepect to today's CMA nominees (they are a great bunch), but I do not understand how last year's Entertainer of the Year, Taylor Swift, is shunned from even a nomination in that category? Did Kanye West hijack the voting?
Posted by Joel Raab at 4:50 PM No comments:

Shorter Is Better: At least this is true with respect to song length. Could a trend be emerging? Witness new releases from Justin Moore, Billy Currington, Carrie Underwood in the 2:50 something range. Why does this matter? It helps both radio and records. Radio gets to play more songs and records gets more new songs played. Why? At the risk of sounding techno-geeky, new currents are often in "drop" positions and they are less likely to be dropped by the computer if they are shorter and can get aired before a time sync for commercials. If I lost you on that one, just know that shorter songs are less likely to be dropped. Bring on the shorties!
Posted by Joel Raab at 4:12 PM No comments:

Idea For A New Country Song: Way Out Here we've got a Bonfire going in the Back Woods where I'm a Little More Country than how The Country Boys Roll their Hillbilly Bone.
Posted by Joel Raab at 7:09 AM No comments:

Give Back, Advance Your Career: The state of the radio industry is such that we need all the help we can get. There are quite a few radio organizations that can use your help. Volunteer to serve on committees putting on radio conventions like the Country Radio Seminar, the NAB, The Midwest Conclave and your state broadcasters. Most states put on an annual convention. Not only can you make a difference, but you’ll make valuable contacts that will not only enrich you personally, but will advance your career.

If you have time to serve on one committee, serve on two. Make the time. Make a difference. I have the privilege of currently serving on the CRB (Country Radio Seminar) Board and the Agenda Committee for the Midwest Conclave. For more information, drop me an email and I’ll get you the contact information to get you involved. You’ll be glad you did.
Posted by Joel Raab at 4:31 PM No comments:

Where Will The Innovation Come From? Not Nashville, according to the NY Times:

It speaks to a point I made on my blog a few months ago. Where are the new stars?

And that while great music comes from Music City, we need to be open to Country sounds from the rest of the Country to help spark innovation.